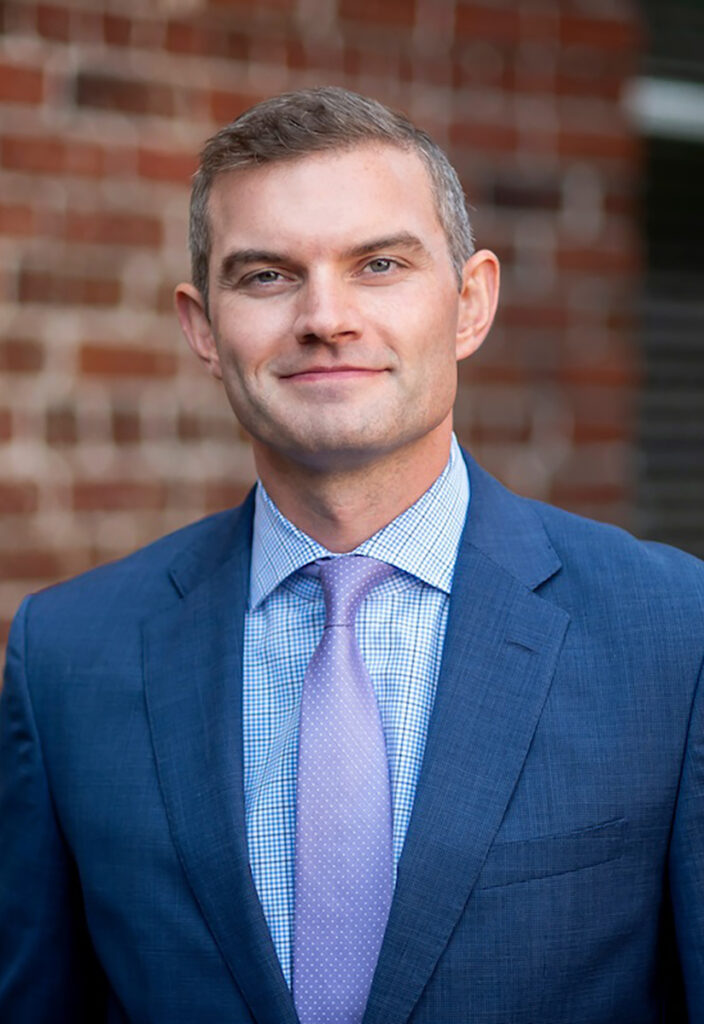 Kevin graduated from William & Mary Law School in 2018, where he served as Secretary of the
Student Bar Association, as Secretary of the George Wythe Society of Citizen Lawyers, and as
an Articles Editor for the William & Mary Environmental Law and Policy Review. He was also
selected to join the William & Mary Law School National Trial Team, where he was a member of the four-student team that went on to win the 2017 ABA Labor & Employment Trial Advocacy Competition National Championship in New Orleans, LA.

Kevin completed his undergraduate studies at Bates College in Lewiston, Maine, where he graduated from the Honors Program after writing and defending a thesis on judicial rhetoric in the U.S. Court of Appeals. He was a competitive member of the esteemed Brooks Quimby Debate Council.  Prior to law school, Kevin served on political campaigns in the Commonwealth of Virginia and worked for three years as a paralegal at a Washington, D.C. financial regulatory law firm. He also served as Secretary of the City of Alexandria, Virginia’s Archaeological Commission. After law school, Kevin spent sixteen months clerking for the Honorable Michael C. Gaus, J.S.C., in the Superior Court of New Jersey, where he assisted the vicinage’s Mount Laurel docket for affordable housing development.

Kevin draws on his experiences in local government, law, and politics to create dynamic
solutions to complex situations. He is a member of the Virginia State Bar, the Virginia Trial
Lawyers Association, the American Bar Association, and the Fredericksburg Area Bar
Association.  He is admitted to practice in the Commonwealth of Virginia.